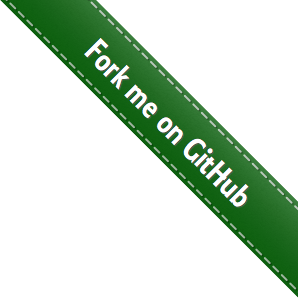 Windows build 20171122 updates the versions of many dependencies.

Windows build 20160612 fixes crashes in the 32-bit binaries when called from code compiled with MSVC.

OpenSlide Python 1.1.1 changes the default Deep Zoom tile size to 254 pixels to improve viewer performance. It also fixes exceptions with Pillow 3.x and with large reads when the extension module is not installed.

OpenSlide 3.4.1 adds support for Philips TIFF and Ventana TIFF, improves the performance of JPEG and JP2K decoding, and adds support for OpenJPEG 2.1.0. It also includes fixes and improvements for Aperio, Hamamatsu, Leica, Sakura, and Ventana slides, as well as many portability fixes.

OpenSlide is a C library that provides a simple interface to read whole-slide images (also known as virtual slides). The current version is 3.4.1, released 2015-04-20.

OpenSlide and its official language bindings are released under the terms of the GNU Lesser General Public License, version 2.1.

The library can read virtual slides in the following formats:

It provides a simple C interface for programmers to use to decode images of these kinds.

OpenSlide’s support for these formats is not endorsed by their respective vendors and may be incomplete. Problems should be reported to the OpenSlide mailing list or issue tracker.

OpenSlide is a product of the research group of M. Satyanarayanan (Satya) in the Carnegie Mellon University School of Computer Science.

See how some projects use OpenSlide.

There is a web-based demo of OpenSlide rendering various slide formats.

Some documentation is included within the downloadable files. Additionally there is:

Questions should be sent to the users mailing list. If you think you have found a bug, please report it in the appropriate issue tracker.

Development of OpenSlide happens on GitHub:

Some freely-distributable test data is available.

The design and implementation of the library are described in a published technical note:

There is also an older technical report:

Whole-slide images, also known as virtual slides, are large, high resolution images used in digital pathology. Reading these images using standard image tools or libraries is a challenge because these tools are typically designed for images that can comfortably be uncompressed into RAM or a swap file. Whole-slide images routinely exceed RAM sizes, often occupying tens of gigabytes when uncompressed. Additionally, whole-slide images are typically multi-resolution, and only a small amount of image data might be needed at a particular resolution.

There is no universal data format for whole-slide images, so each vendor implements its own formats, libraries, and viewers. Vendors typically do not document their formats. Even when there is documentation, important details are omitted. Because a vendor’s library or viewer is the only way to view a particular whole-slide image, doctors and researchers can be unnecessarily tied to a particular vendor. Finally, few (if any) vendors provide libraries and viewers for non-Windows platforms. Some have gone with a server approach, pushing tiles through a web server, or using Java applets, but these approaches have shortcomings in high-latency or non-networked environments.

OpenSlide has been supported by the National Institutes of Health and the Clinical and Translational Science Institute at the University of Pittsburgh.